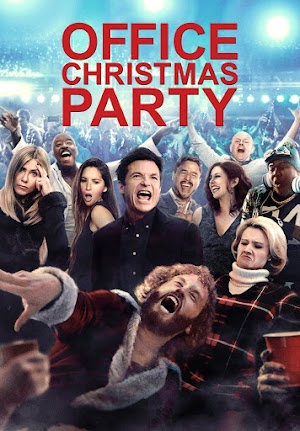 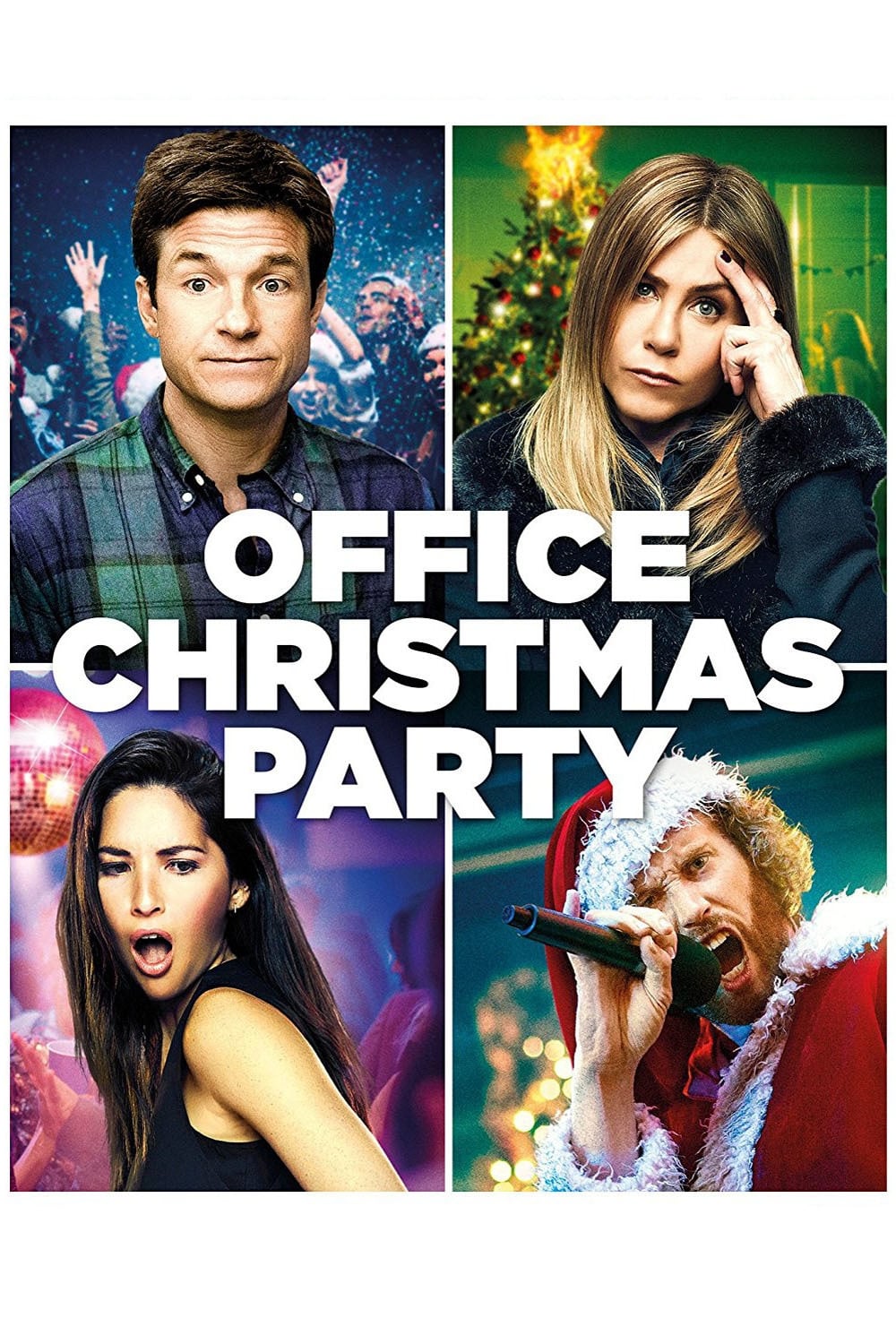 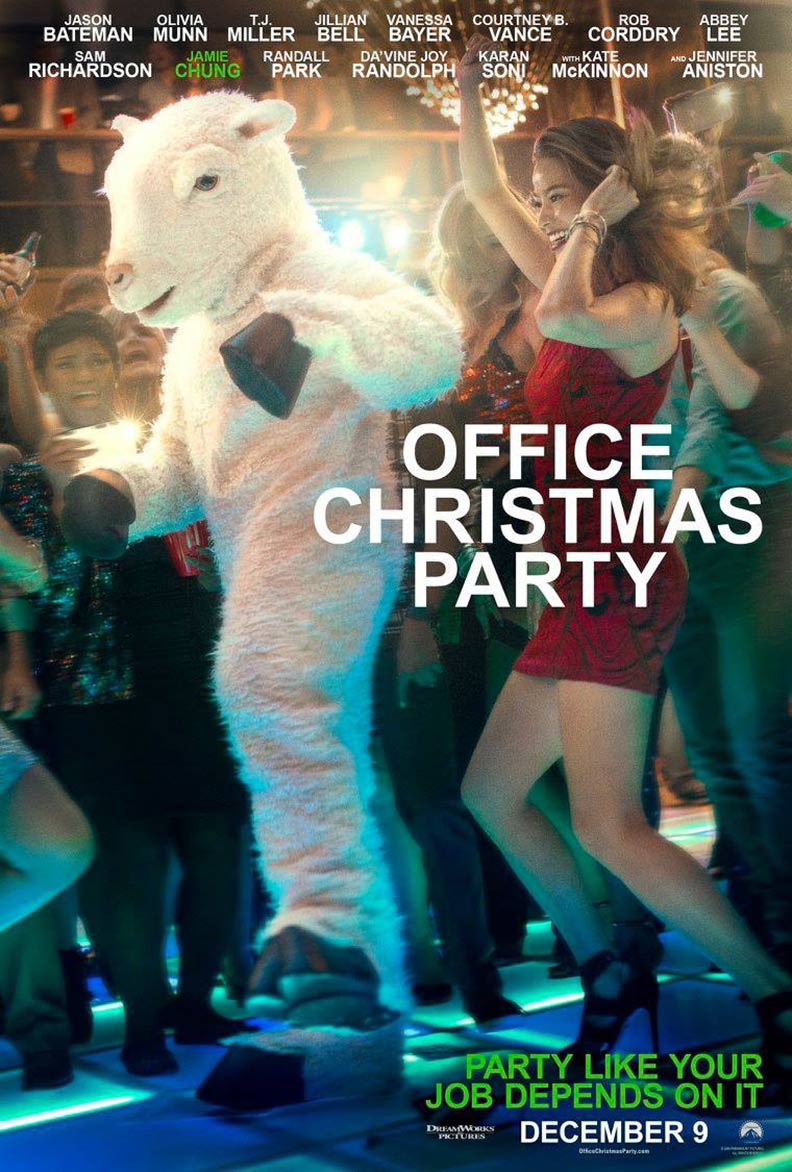 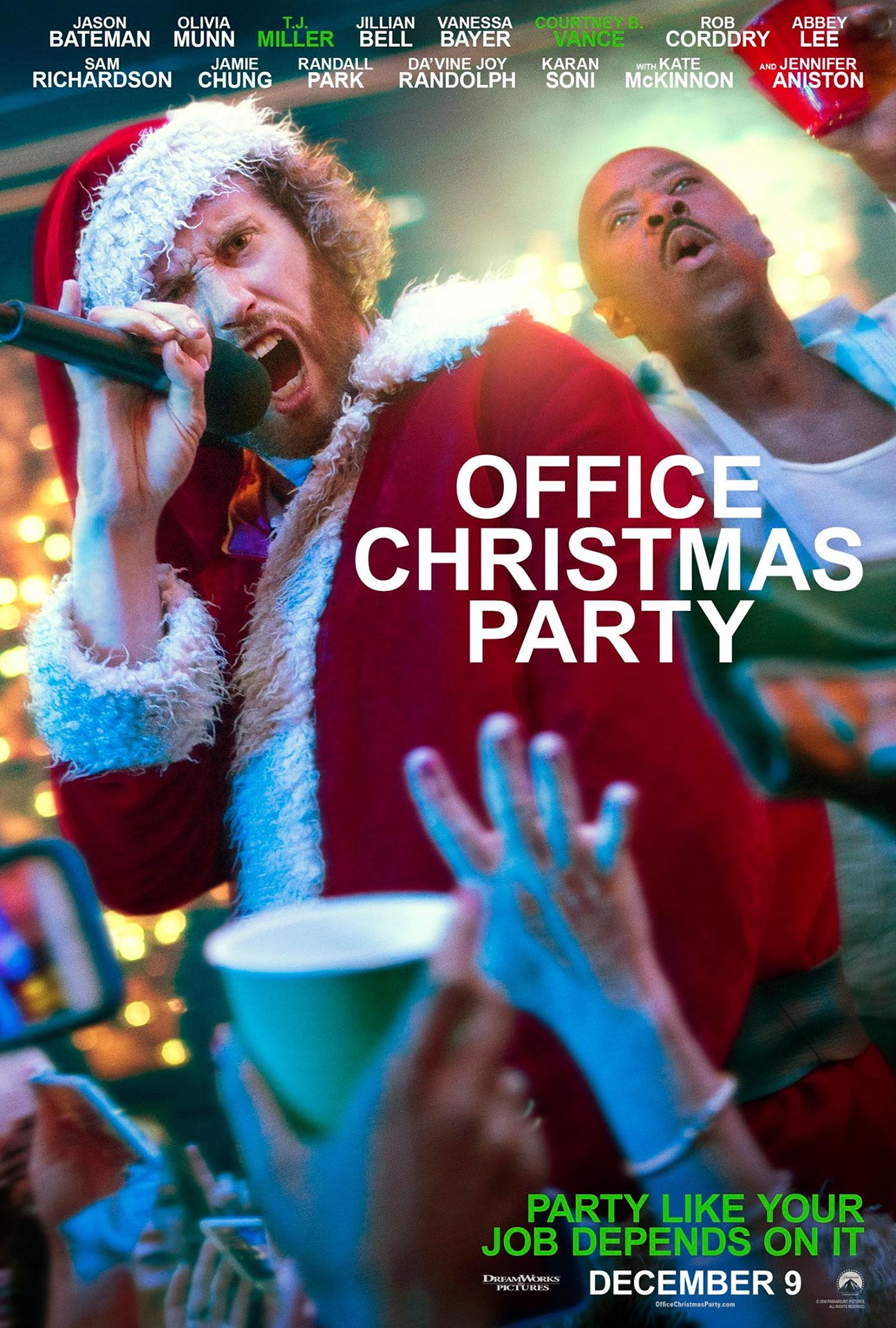 Story basically sees this struggling tech company, and its branch manager Clay , trying to save this branch of the company from being shut down by the manager's evil sister Carol.

They do this by throwing this epic party for this man Walter that might help them save their company if he decides to go with them instead, of say, Dell.

Walter approves of the company, but not of its culture, so the party is Josh Bateman and Clay's way of showing that their culture is great and that they treat employees like family.

Simple and to the point. Of course, everything starts going to shit and, by the end of the film, the entire office ends up absolutely destroyed after everyone finds out that they're gonna get fired since the branch is closing down.

Having said that, I will say that, to me, one of the faults definitely has to be how forced parts of the movie feel. By that, I mean the party gets way out of control.

It starts out quite boring, before Clay inserts some energy into it and then they're off to the races. But, as I mentioned, it's quite a bit contrived in how they get to point A and then skip all the other letters to end up at Z.

It happens immediately and, really, I don't buy things going this crazy this quickly. It's like the people here, all of a sudden, started acting like they were in Mad Max's universe.

And I get that it gives the film an energetic and out-of-control vibe, but it just felt like too much happened in too short of a time span for it to be believable.

All of this takes place during one day, basically. Though, if I'm being fair, this isn't the only film that I've seen where too much takes place in too short of a time period.

It is what it is, but I can't really overlook it. Having said that, I still had fun watching this movie. I don't really even know what it is. Because, if this had been any other day of the week or I haven't been through a terrible week where a loved one has been in the hospital for something that will change her life forever, then I probably would have been more critical.

But, maybe, I was just more 'susceptible' to what this film had to offer. Who the fuck knows? All I know is that the film has a great cast and, clearly, they were having a blast and, to me, that's always really important in a film like this.

It's one of the most underrated qualities in a broad comedy as this one. If the actors are having fun, theoretically, that should rub off on the viewer.

Of course, that's not always gonna be the case given that you have a wide variety of different people with different tastes that may not buy what you're selling but, for the most part, you hope that it ends up working.

In my case, it did. Then again, as I said, I was probably more susceptible due to my emotional state and the fact that I enjoy a lot of the actors in this movie and they all did a very good job.

Obviously, it's not like I'd say that the scripting is great shakes or anything of the sort. But, if you were gonna slack on the script, you picked the best cast to do it with.

Not that I would ever condone not putting in the effort to produce a strong script, it's just that it's easier to make mistakes because you have such a talented cast to, hopefully, elevate the material.

They do elevate it, but it's not like this is gonna be any sort of Christmas classic. They weren't shooting for that, though. They were attempting to be a solid diversion and, to me, that's exactly what it offered.

I enjoyed this movie and I don't regret giving this three stars at all. I wouldn't say that you need to go out of your way to watch this, there's very few movies I'd actually say that for, but I had fun watching this movie.

And, in the long run, that's all that matters. If you hated it, good for you. I liked it and you can't take that away from me, you fucking assholes.

Ok, that escalated quickly. Seriously though, fun movie here. Jesse O Super Reviewer. Mar 09, No doubt this movie has a great cast, it even has a more meaningful story than most comedies.

There is just too much go in on and to much space in between laughs, it could have been much funnier. Good music and awesome comedians were the stand outs in this film.

In a last ditch effort to save his branch from being closed by his sister, Clay Vanstone attempts to land a major client by throwing a wild Christmas party.

Jason Bateman, Olivia Munn, T. Miller, Kate McKinnon, and Jennifer Aniston lead the film's all-star cast; but none of the characters are all that interesting or likable.

And the comedy is mostly made up of crude sexual and gross out humor. Throughout the party, various employees cut loose: Nate Karan Soni tries to impress two of his staff, Tim Andrew Leeds and Drew Oliver Cooper , by hiring an escort named Savannah Abbey Lee to pretend to be his girlfriend, though Nate found out when she gives a handjob to a fellow employee; Clay's assistant and single-mom Allison Vanessa Bayer attempts to hook up with new hire Fred Randall Park but stops when he reveals he has a mother-child fetish ; and customer service supervisor Jeremy Rob Corddry cuts loose on the dance floor with Mary, whom he previously despised.

Carol's flight is cancelled due to weather, and she rushes back to the office when she hears about the party from her Uber driver Fortune Feimster , who took people to the party.

Though Carol is initially impressed with receiving Walter's business, Walter injures himself attempting to swing off a balcony after a conversation with Clay, and is later discovered to have been fired from his firm after his sudden business closure, nullifying the contract and leaving Zenotek helpless.

Carol decides then and there to shut down the branch. To add insult to injury, she reminds Josh about the job offer aloud to everyone, especially Clay.

Despite Josh stating he didn't accept it, the surrounding employees angrily shun him. Tracey reveals that she was given the same offer but explicitly rejected it where Josh kept it open.

Feeling betrayed about what he heard from Carol, Clay rushes off with Savannah's emotionally unstable pimp, Trina Jillian Bell , to party elsewhere, though Trina is more interested in robbing Clay of his wealth that he is actually keeping on his person.

Josh, Tracey, Mary, and Carol race off to save Clay. One of the guests learns that the branch is being terminated and convinces everyone to throw out and destroy all the company equipment and burn everything in sight, forcing security guard Carla Da'Vine Joy Randolph to put down the unruly, now destructive and rebellious party.

Clay ends up racing Trina's car towards an opening drawbridge, attempting to jump the gap, a feat he'd earlier mentioned to Josh.

Josh drives Mary's minivan alongside him, and tries to convince Clay not to jump, but he is still heartbroken from Carol offering Josh the job, along with her past insults.

Convinced he's a failure he still decides to jump, regardless of whether he makes it or even survives. After everyone, including Trina, fails to convince Clay to pull over, Josh threatens to jump the gap with him, and Clay reluctantly allows it.

Scared of dying, Carol forces the steering wheel away from Josh, swerving into Clay's car and causing him to miss the drawbridge, jumping and crashing into an internet hub, which disconnects the entire city.

Ryan Mooney Harrison III Aniston as Janet Ross Jamie Rush Aniston Dustin Hornsby Stuber Bryce Fishman Casady Melissa Jimenez Hirsch as Daniel King Chad Kojouri Rappaport Molly Laughlin Office Christmas Party Directed by Josh Gordon , Will Speck Synopsis Party like your job depends on it When Carol Vanstone, CEO of the technology company Zenotek, expresses her intention to close the Chicago branch, run by her brother Clay, he and his co-workers organize a Christmas party in an effort to impress a potential client and save their jobs.

DID YOU KNOW? Crazy Credits. Alternate Versions. Rate This. When his uptight CEO sister threatens to shut down his branch, the branch manager throws an epic Christmas party in order to land a big client and save the day, but the party gets way out of hand Directors: Josh Gordon , Will Speck.